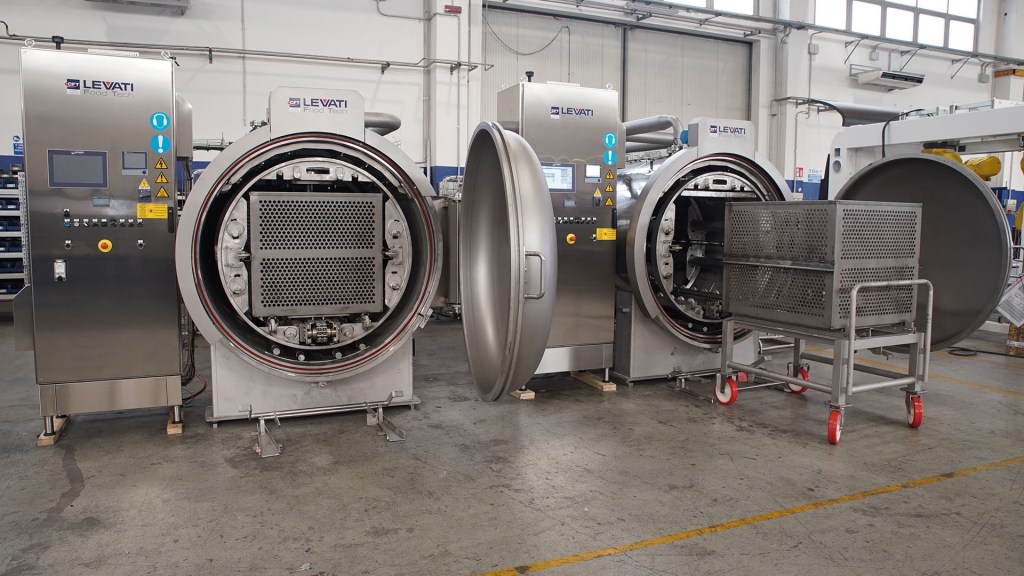 Machines for rice cooking and sterilization

Machines for rice cooking and sterilization

Domenico De Lucia Spa is a well-known Italian company with over 90 years of trading history. It is based in the province of Caserta in southern Italy. They recently choose CFT Group for the design and installation of machines for rice cooking and sterilization.

De Lucia mainly bases its production on dried fruit processing and Fifth Range products, which are steamed and vacuum-packed vegetables such as carrots, potatoes, sweetcorn, French beans, fennel and artichokes. The packaged product is sold to large retailers and has the advantage of being able to be cooked at home in just a few minutes or used as an ingredient in the preparation of more elaborate dishes.

Fifth range is central to new fruit and vegetable consumer habits, Domenico De Lucia Spa works on new concepts to communicate the evolution of fresh food that goes beyond the concept of pre-cooked, that of fresh steamed.

In 2018, the company decided to expand its fifth-range catalogue by adding a range of “classic” and “premium” risotto ready meals, made up of rice and other ingredients such as vegetables and flavourings.

In order to produce these ready-made risottos, De Lucia needed a safe, lean process of machines for rice cooking and sterilization, that could easily be guaranteed by one of the Campania company’s historical suppliers: Levati Food Technologies.

Levati was founded in 1966 and quickly became an important international market player in the sterilization and pasteurization of food by autoclaving. In 2019, the company was acquired 100% by CFT Group, further enriching the know-how of the Group in terms of the handling and processing of foodstuffs.

Since the cooking and sterilization of rice are carried out by the same machine in a single cycle, the production line only needs to be completed by a filler that adds all the ingredients to the packages before being placed in the autoclave.

The solution was highly appreciated by De Lucia, which in this way was able to expand its business with reliable, safe and versatile technology.

The trend amongst younger consumers is to mostly buy ready-made food products, considered more convenient because they are affordable and quick to prepare.

Currently, ready meals make up the largest segment in the food industry and one that is growing rapidly thanks to their high popularity amongst consumers worldwide. The general improvement in lifestyle, rapid urbanization and high disposable income are increasing the demand for ready meals, which have the added advantage of being easily consumable while on the move.

Future developments expected in the field of organic food and packaging technology will provide further opportunities for growth within the sector.

North America holds the largest market share of ready meals. The United States are the main consumers, due to the high disposable incomes and the continuous technological innovations and the hectic lifestyles they bring. The European region also represents a large market for ready meals, that can easily be found both online and in the supermarkets.

The developing regions of South America and Asia are also strongly growing markets, with countries such as China and India rapidly growing and taking on rhythms of life similar to the West, also due to rapid urbanization and population growth.

CFT team for this project: