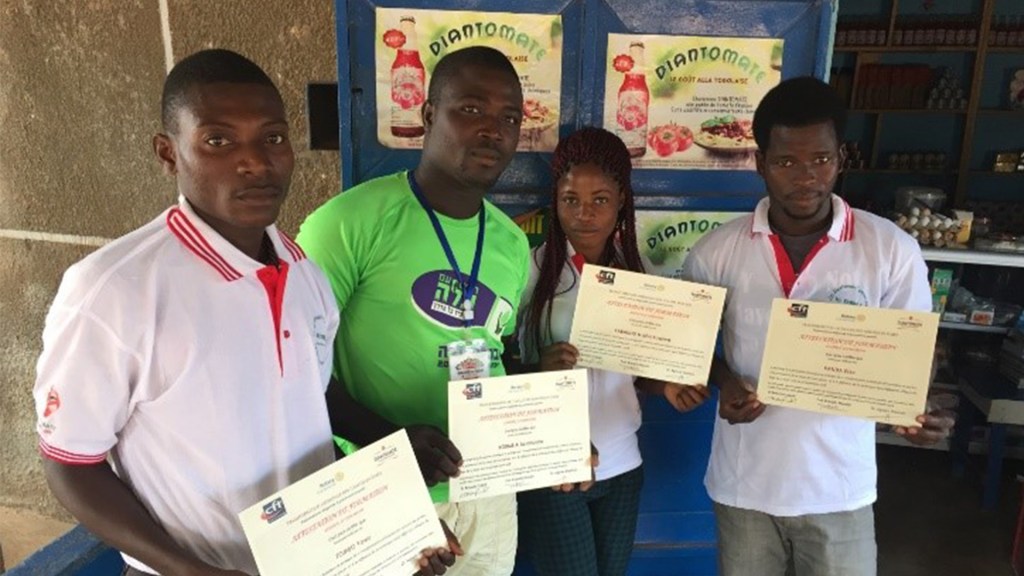 Agoura Diantom is from Togo and is known as Joseph. He received a Master’s Degree and a Ph.D. in Food Science and Technology from the University of Parma, continuing to do research at the University after having completed his studies. Since the beginning of his academic career, his goal was to return to Togo with the knowledge acquired in Italy and commit himself to improve the precarious food conditions of a large part of the population offering tomato processing training.

In 2017 Joseph received a prize from the “Rotary Club Parma East” to implement his personal project in Togo, which involved training some young people to experiment with the transformation of tomato surpluses in paste. This experimentation, carried out in the agricultural area near the capital Lomé, was a great success. In July and August 2018 the second phase of the project was implemented, thanks to funding from CFT Group.

This second phase of this tomato processing training aimed to:

The technique has been widespread in some villages in the Savanes, Kara and Maritime regions, where the tomato is grown. In some of these it was not possible to continue because of the lack of raw material due to the particularly dry season, or because the cost of the tomato available had been greatly increased compared to the preliminary agreements.

The interventions lasted on average 3 days for each village, with the following operating procedures:

From this experience the following emerged:

As for the start-up on site, while waiting to complete the transformation structure that he directly financed, Joseph set up a temporary solution to start a small production already this summer by some of the students trained this and last year. This allowed to bottle the tomato sauce in about 3000 bottles of 33 cl.

Joseph goal is that this small production initiative can consolidate and grow rapidly, thanks to the enthusiasm of the young people involved. He finally succeeded in realize his dream of returning to Togo to contribute to the development of his homeland.

Thanks to the training received in Parma and to the implementation of his project, Joseph was called by the University of Lomè as Togolese’s first professor of Food Science and Technology.