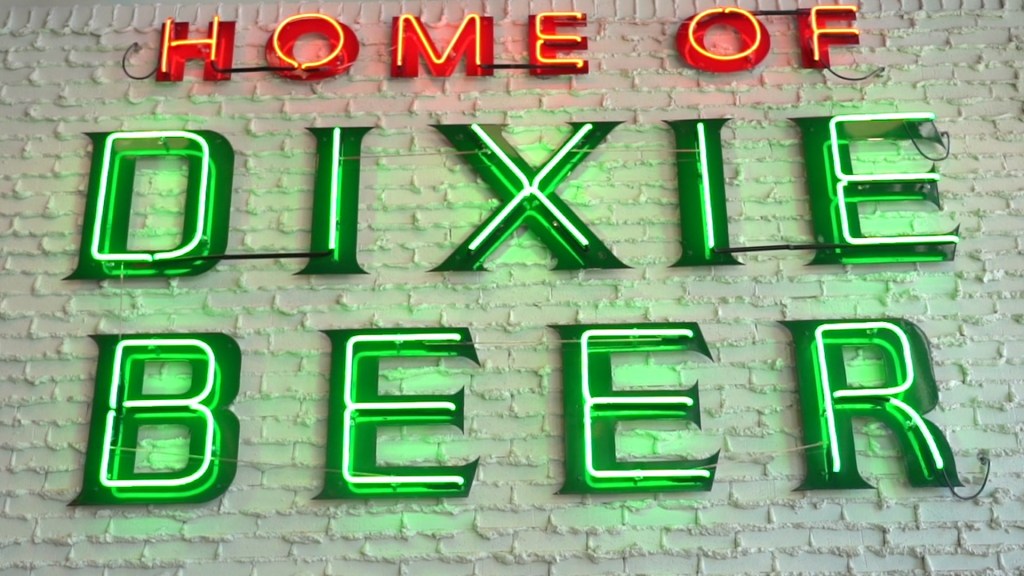 Our experience with Comac in 3 words? A world-class manufacturing equipment.

Dixie Beer is a historic beer brand, famous not just in New Orleans but throughout the United States. Founded in 1907, Dixie Beer has over a century of history behind it and remains closely associated with New Orleans. From its origins to the Prohibition, and from failure to success, Dixie has always managed to overcome difficult moments and continue to pursue its mission: crafting quality beer.

The Latest Revival and Collaboration with Comac

29 August 2005 is a date that will always remain in the memory of New Orleans and its coastland. That day, hurricane Katrina crippled New Orleans and destroyed the entire production site of Dixie Beer. For the next fifteen years, Dixie was forced to produce its beer in third party factories (contract brewing).

Dixie Beer was finally able to return to New Orleans a few months ago and inaugurate a new headquarters. The new site covers nearly 85,000 square feet and is home to two brewing plants and a brand-new and complete high-speed line for kegging, bottling and canning supplied by Comac and CFT Group. The new line regularly impresses the thousands of people that go on guided tours of the brewery.

A Project Developed Over Time

“From the very start to the finish, it’s been fantastic”.

As explained by General Manager Jim Birch, Dixie was looking for a line that could combine high speed operation with ease of use, and that could be controlled by just a few operators.

A team of Comac professionals under project manager Matteo Melzi responded to Dixie’s needs with commitment and expertise and followed the project in all its phases. They chose the machinery needed, calculated the space needed for the line, installed the equipment and trained the staff. Every aspect was managed and coordinated by Comac in cooperation with the Dixie Beer team to ensure that everybody was fully aligned and involved in a process that required years of work.

First Results, with an Eye to the Future

All the hard work has given more than satisfactory results, as confirmed by Stephen Borutta, Director of Brewing Operations at Dixie Beer.

For example, the canning line for beer has a capacity of 10,000 cans per hour and boasts:

These values translate into a simple result – top quality beer.

Moving forward, Dixie Beer can now think of taking the next steps towards even greater success. The first goal is to improve product shelf life in order to expand sales in regions distant from New Orleans.

[thanks to Comac Marketing Department for sharing this article]