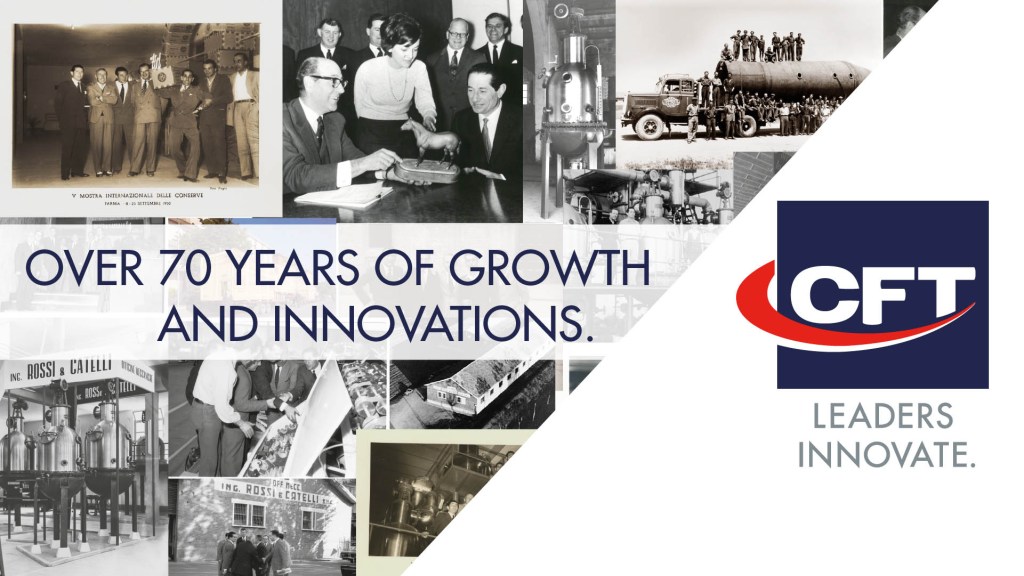 It all started during the tomato campaign of 1945…
A terrible war had just ended, and people were filled with feelings that had been hidden for too long. Freedom. Hope. Desire for rebirth.

The history of CFT Group stems from there, from the passion and determination of Camillo Catelli, who begins to design the first models of tomato processing machines. Technologies that would have soon become world standards.

The stages of this story tell of a continuous growth, accompanied by the passion for innovation:

It all started during the tomato season of 1945…
And today we are still here, grown in numbers but with the same passion that gave us birth, a long time ago, in a small garage in the center of Parma.