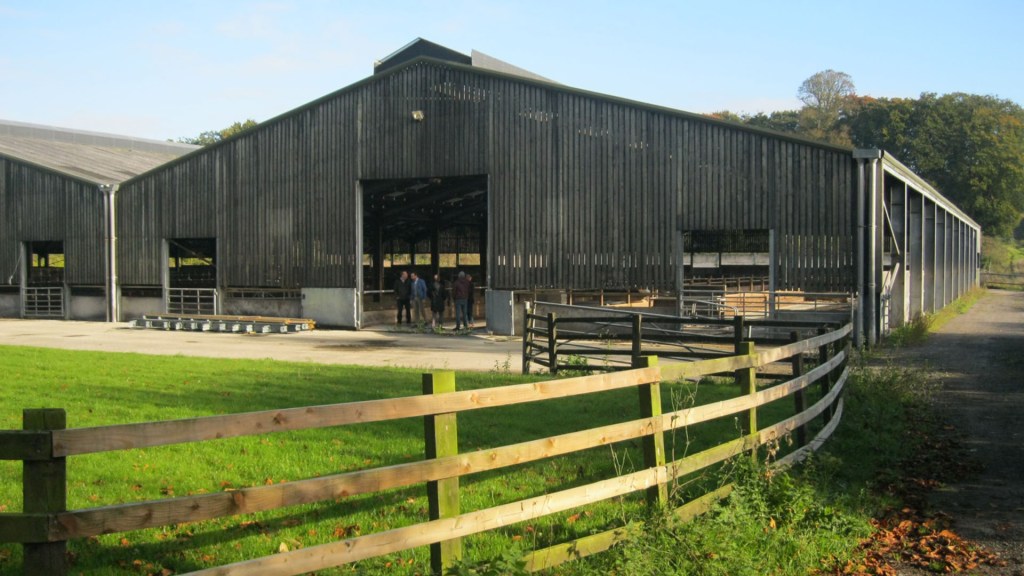 Beer production and filling for WBB

Beer production and filling for WBB

Five years ago, there was a large barn in a green area known as Frilsham Park, 85 kilometres west of London. The first time we went there, we had accepted Tom Lucas, CEO of West Berkshire Brewery’s invitation, to make an inspection. Tom immediately proved to be a person who is enthusiastic about his job. He had only recently become CEO and had summoned us to tell us about his ambitious project, which concerned beer production and this particular large barn in Frilsham Park.

The structure was surrounded by greenery and covered an area of about 12,000 square metres. When we went in, it looked as though it had been abandoned. The rough concrete flooring was still covered in rubble, bits and pieces of straw and some work tools. In the air there still lingered the strong aroma of barn and animals.

Tom illustrated his idea to us: “We want to build a new brewery here to produce and bottle our beer”. From the way he smiled, it was clear that he was already imagining it, and we were ready to make his dream come true. We were going to turn that abandoned barn into a brewery and filling facility, made up of cutting-edge technology.
In this video, shot at that time, David Bruce, West Berkshire Brewery chairman, is promoting a fundraiser and describes his project which also shows the original barn.

A few months later, the CFT Group’s idea and project won Tom and the whole West Berkshire Brewery team over, standing out from the other proposals for quality, efficiency and long-term planning.
As with many other previously built plants, we also prepared a convincing “Master Plan” for WBB to make the most of the plant area in as rational a way as possible. To do this, it was necessary to predict what the seasonal peak production characteristics of that geographical area would be, optimizing internal logistics and keeping various development hypotheses in mind.

The 3-vat CFT Group brewing room can produce 4 brews a day, extendable to 8, and is a state-of-the-art system in terms of technology, automation and attention to energy saving. It is made up of:

Before the addition of the yeast, the must that arrives from the brewing room is cooled using a single phase heat exchanger. All of the heat from the must is conveyed in the brewing process.

We designed the cellar for a production of 50,000 hl. The sizing of the tanks was calculated on the basis of production needs and proportionate to the characteristics of the filtration, saturation and storage room. All phases of the process are connected and optimized for an automated production with very short cycles and in complete safety.

For the bottling and canning of the beer, we proposed to the West Berkshire Brewery the two machines best suited to their needs: a counter-pressure filler for glass or plastic bottles and a monobloc for filling and seaming cans.

The MASTER RS GLASS / PET filler model is based on counter-pressure filling technology, suitable for filling glass or PET bottles with carbonated or still drinks. This machine is one of the best examples of CFT Group technology for medium / high capacity lines.

Its main characteristics are:

Master C Block is an automatic monobloc for filling and seaming cans. It reaches a speed of 15,000 cans per hour and is part of CFT Group’s “premium” range dedicated to craft and small to medium-sized breweries. Its strengths are:

The cans and bottles are then labelled and palletized on the spot.

The placement of the brewery’s vats and equipment around the structural pillars and the trusses of the old barn had to be planned down to the last centimetre: in particular, the height of the ceiling required ad hoc design and careful examination of the pipes.

In parallel with the commissioning of the plant, we started three months of training dedicated to WBB employees. As always, in order to use the most advanced technologies, training is necessary to learn the correct skills. However, CFT Group’s control and monitoring system guarantees easy and intuitive processes, with new and faster work procedures that have contributed to increasing staff motivation and an improvement in the company’s internal communication.

In a short time, the new project had a positive impact on several fronts. In addition to the economic aspects, the consequences were to minimize risks and a new incentive for the brewery to commit itself to environmental sustainability. As we always repeat to all of our customers, eco-compatibility is in fact an essential factor for beer production philosophy. This includes both the optimized treatment of natural resources and the attention to identifying potential energy or consumption inefficiencies and correcting them in time.

Tom and all of his staff were extremely satisfied with the project and the installation and decided soon afterwards to further expand their brewery with new tanks and other components, thus achieving a production capacity of 100,000 hl/year.

In this short video you can see an overview of the finished work: where once there was a barn, there is now a complete plant for beer production, bottling and canning.

We have grown significantly in the last 30 years.
We have recently completed our fourth expansion, which was the biggest one!
Our brand new brewery was designed and installed by CFT Group (Parma – Italy) and included a brewery with a 70-hl capacity made up of 5 vats, including a dispenser and hop filter.
In the cellar we have eight 60-hl, twelve 120-hl and one 240-hl fermenters.
We are very enthusiastic about this new equipment: we will be able to produce even more beer while being more flexible and more creative.