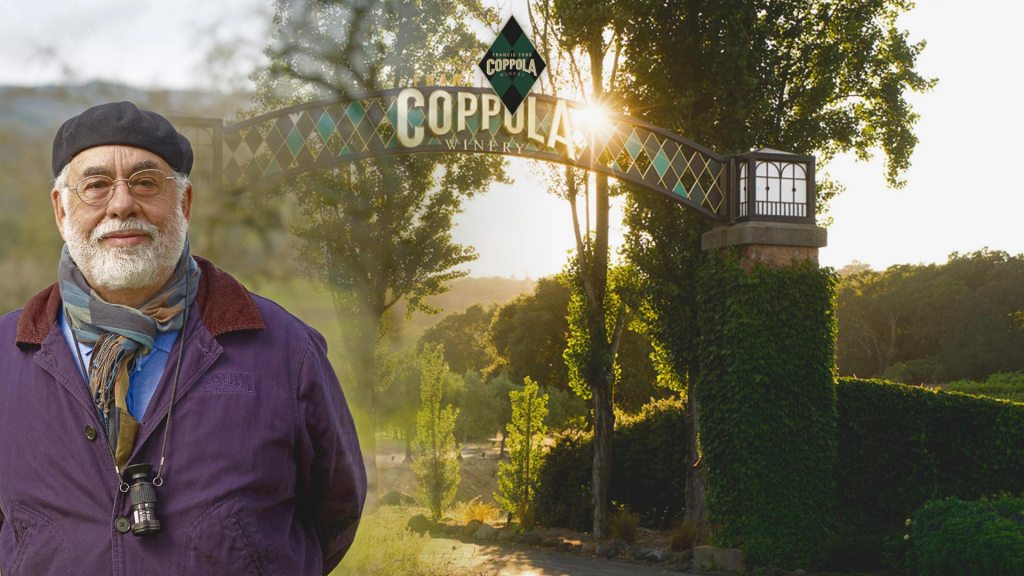 “I make more money with wine than with movies. And to think, I didn’t drink when I was young.”

At 80, Francis Ford Coppola still enjoys taking people by surprise. When he became rich with “The Godfather” he invested almost everything in a winery in the Napa Valley, the Rubicon Estate, which later became the Francis Ford Coppola Winery. He turned it into a wine mecca, with his movie memorabilia displayed between the barrels, including the Oscars.

After spending 35 years producing the most classic of wines (from Cabernet Sauvignon to Sauvignon Blanc) and restoring old varieties of grape, Coppola is following in the footsteps of beer. He has now put his Diamond Collection wines in cans. Not only white wines and sparkling wines, but also important reds such as Pinot Noir are now sold in packs of four 250 ml cans for 24 dollars. According to wine traditionalists, canned wine production is an insult to the sacredness of wine, on a par with screw caps and bag-in-box packaging. However, at the ProWein trade fair in Dusseldorf, where the director introduced the Napa Valley canned range, his stand was always crowded. And not just with fans and curious people.

Seizing the opportunity, the German trade fair defined 2019 as “The year of the can“, a format that is taking off more quickly in the USA than any other alternative wine-packaging format.

For companies that want to appeal to the younger generations in the USA, ignoring it would just be a form of snobbery. Data from the US is impressive: BW 166 LLC, the market research company for alcoholic beverages, claims that retail wine sales between June 2017 and June 2018 remained stable in the US at $3.3 billion.

However, sales of canned wine increased by 43% over the same period.

“We were among the first to use this format – the sommeliers of Francis Ford Coppola Winery tell us – It is a way to make premium wine more convenient.” This does not lessen our commitment to superior quality wines. “We are so excited about wines in a can that we are expanding the collection”, confirms Corey Beck, chief enologist of the Coppola family. The Pinot Grigio in cans is 13% and is fresh and fruity. Half a per cent less than the Chardonnay (which lacks a bit of structure) and the Pinot Noir, which is delicate and well balanced. There is also the Sofia, a white blend of 187 ml, and a Brut Rosé made from Pinot Noir. They would never feature in a scene of The Godfather, but it is likely that even canned wine production earn Coppola more than his movies do.

CFT Group has recently installed the automatic filling and seaming monoblock system Master C Block in the Francis Ford Coppola Winery, together with a Warmer Tunnel and a Depal.

The 24 valves machine Master C Block, with speed up to 15.000 cph and a flow meter te­chnology with high filling point accuracy, has been realized to perfectly fit in the winery’s pro­duction process.